Actress Jyothi has been eliminated from the popular reality show Bigg Boss Telugu season 1, aired on July 22nd, which is hosted by Tollwood Star Jr NTR. She is the first contestant to leave the house, out of 14 contestants. 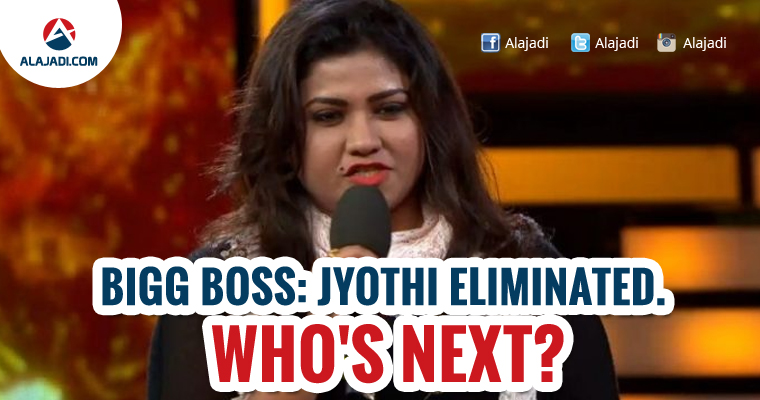 On Sunday, Jr NTR has given some fun activities to contestants, After that He announced the name of Jyothi as the first contestant to be eliminated from the house of Bigg Boss Telugu. Later, talking to Jr NTR, Jyothi said, All the participants were all happy and friendly in the first two days post which their attitudes started changing. I thought of fighting it back, but could not. I was already started feeling suffocation. The group discussion started here and there and some started cornering me. But finally, they realised that they had mistaken her and I am not like the one they thought.

Now, the curiosity among viewers of increase that who will be Next? Out of remaining contestants. Reports are emerging that actress Mumaith Khan might quit the show midway as she has to appear before the SIT in connection with the drugs case. Speculation is that she might be given an entry back in the house after the questioning by SIT as an exception. The makers of the show have not confirmed anything as of yet in this regard.