Vidya Balan has time and again proved that she can transform herself to whichever character she is given. Her last few films may not have done well, but the actress does not shy away from experimenting. Her latest, Begum Jaan, has her playing a madam of a brothel located on the Indo-Pak border during the Partition era. The trailer has Vidya and other actors mouthing expletives and performing some bold scenes. She has much potential in playing a role like this and even it was proved in Dirty Picture as well. 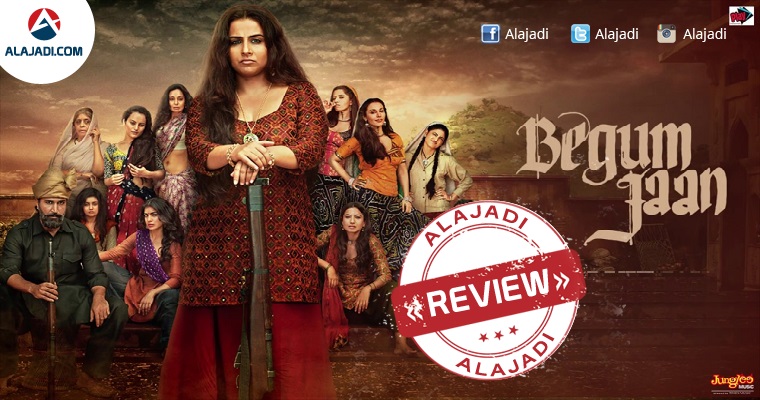 On the eve of Independence, the British passed a bill regarding the partition of Bengal. Begum Jaan is not concerned about Hindustan or Pakistan, her only concern is her business, which is running badly because of the partition and resulting riots. In the mean course, the political parties discover that in its course, the boundary line between India and Pakistan has been drawn right through the middle of Begum Jaan’s brothel. They meet Begum Jaan and tell her to evacuate her brothel along with her women, who refuses to budge.

After being rejected by Begum Jaan, Master manages to trap a girl into his schemes of getting back at Begum. When dawn breaks, the house and its inmates have been burnt to dust. After the bloodbath, the remaining women including Begum enter the inferno of the house and willingly accept their death in their own “country”.

A great story which has many things to see in the film. The national-award winner, Srijit Mukherji has done a great job once again. Vidya Balan is the main character who has done justice to the role she played. It’s a good period and story to revisit because even 70-years after Partition, anything around it still piques interest. Then again, here the narrative deals less with the horror of the divide and serves more as an ode to the good feeling of Begum; widowed in her childhood and sold to a brothel.

Vidya Balan scores it well for the movie. She is the one who we need to talk about for the movie. The cinematography is done by Gopi Bhagat. Lyrics, Additional screenplay and dialogues have been penned by Kausar Munir and Rahat Indori.