Baahubali prequel as a book to be released soon

One of the most prestigious movie of Tollywood which had taken the Tollywood movie to the international heights and won many awards is Baahubali The Beginning. The part 2 of the movie Baahubali The conclusion had been completed its shooting and is in post production works. Meanwhile the prequel of Baahubali titled Baahubali Before the Beginning is going to be released soon this month. Check below for complete details. 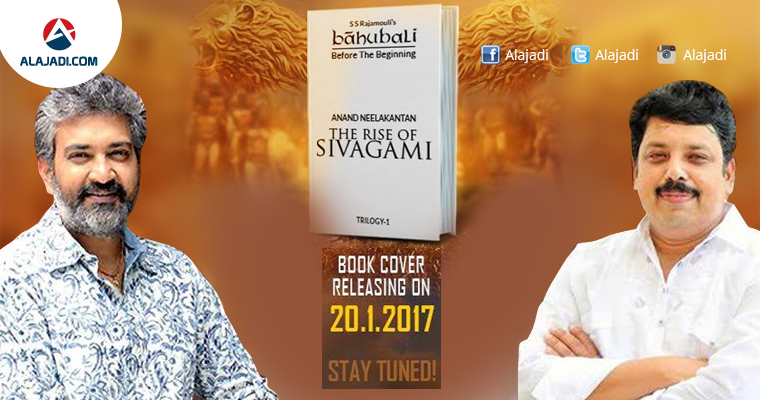 Baahubali Before The Beginning which is the prequel of SS Rajamouli directorial venture Baahubali is going to be released soon on January 20, 2017. But it is not in the form of a movie but in the form of a book. The book is titled as ‘Rise Of Shivagami’. Shivagami is the character played by Ramya krishna in the movie. She had essayed the character of mother to Baahubali, the hero for the movie.

When we look at the other details of the book, it is authored by popular writer Anand Neelakantan and it will be unveiled on January 20, 2017. The official confirmation about this update is given by Anand Neelakantan on a social media site. At first the book would be released in English and later it would be translated in other regional languages according to the sources.

Meanwhile on the other side, the movie director Rajamouli is busy with the post production works of the Baahubali sequel titled Baahubali The conclusion in which almost all the actors like Prabhas, Anushka, Tamannah, Rana Daggubati would be seen. Other few characters had been added to the second part. The movie is set for a grand release on April 28, 2017. But the fans now are very eagerly waiting for the full length trailer and teaser of the movie about which the makers are tight-lipped when they would release the trailer