Anushka is the new face for Swachh Bharat Abhiyan

After megastar Amitabh Bachchan, the gorgeous Anushka Sharma is the new celebrity entrant in the Swachh Bharat Abhiyan campaign. The actress has been chosen by the Ministry of Urban Development as a part of the nationwide health and sanitation campaign, to address women-centric aspects of open defecation. It is been said that the actress has been appointed by the ministry keeping in mind her popularity among the youth and how women relate to her on many aspects So, to communicate with women in rural areas about various other issues will not be difficult for Anushka. 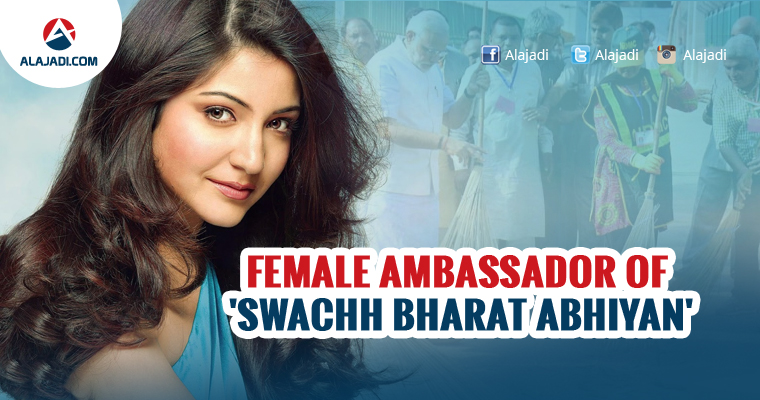 The government has selected Anushka keeping in mind her inspirational on-screen performances. Also, she is now expected to convey the message in rural areas where men resist the idea of building toilets. Cleanliness, healthy living, sanitation and eradication of open defecation are said to be some of the major goals of this nation-wide campaign. Megastar Amitabh Bachchan is already doing his best to make India a cleaner place by joining forces with PM’s mission.

PM Modi had launched Swachh Bharat Abhiyan or Clean India Campaign on October 2, 2014, and set a 5-year deadline to usher in complete cleanliness in the country. The actress will be joining Amitabh Bachchan in championing the initiative founded by Prime Minister Narendra Modi, highlight the women centric aspects of open defecation as part of the nationwide health and sanitation campaign.