The most popular TV anchor Suma Kanakala, who attracted the attention of all kinds of people towards herself on Telugu TV, stage shows and film events has just worn a new feather in her elite cap. This popular face is now going to give shock to the audiences by her singing. Yes. You heard it right. As per the latest updates, Suma lent her vocals for the Suya Suya’song in Sai DharamTej-Rakul Preet starrer Winner movie. Music director SS Thaman shared this news through his Twitter account and interestingly popular anchor turned actress Anasuya featured in this special song. Music composer Anirudh is set to release Suya Suya, the next song from Sai Dharam Tej’s upcoming entertainer drama Winner, on Tuesday evening. 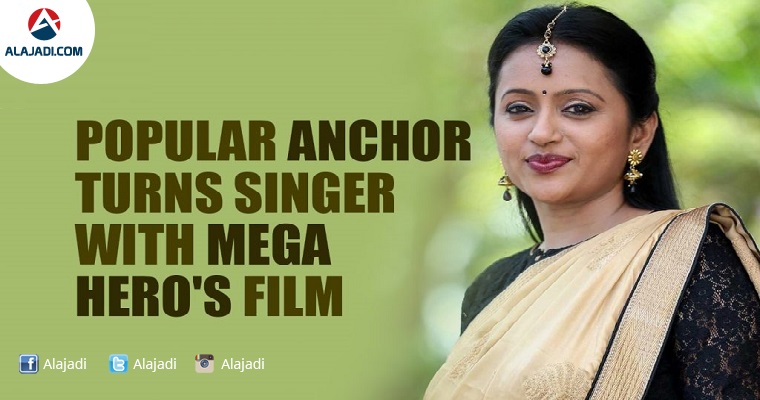 Gopichand Malineni is directing Winner and golden beauty Rakul Preet Singh is pairing opposite Sai Dharam Tej. While initially Anasuya was reluctant to take up the song, she was said to be convinced and the song was also named after her ‘Suya Suya…Anasuya’. All this has impressed her.  She is also paid a bomb for this special song. Apparently, the anchor-turned-actress has charged high for this single song. It’s learnt that Anasuya got 25 Lakh for this song. And this is quite high compared to what her peers are getting. This is also one of the reasons that tempted her to take up the song.

Meanwhile, the song was said to have undergone re shoot. Initially, Anasuya was asked for only a few days for the song. But she was later asked to give more dates for the song’s re shoot. Anasuya said to have allotted additional dates without complaining. Now she’s said to be happy with the response to the song. . Touted to be a complete drama entertainer, the film is gearing up for a grand release on February 24 on the occasion of Maha Shivratri.

Here is the Song for you: