Anasuya Bharadwaj is someone who is setting new benchmarks for herself every day. She started off her career as a news reader, continued being an anchor, did a performance oriented role in Kshanam and recently mesmerized all of us with her amazing dance moves in the film Winner along with Sai Dharam Tej. This Santoor Mom is better known as an all-rounder. 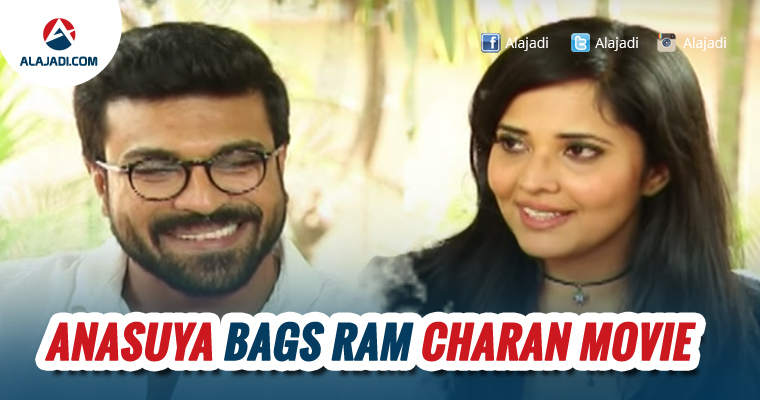 Mega Powerstar Ram Charan’s next, which is being directed by Sukumar, has been making headlines ever since it was announced. The film’s regular shooting is currently progressing at a jet speed in and around Rajahmaundry.  Currently, the team is canning a song featuring Ram Charan and Samantha. According to the latest updates, hot and happening anchor turned actress Anasuya Bharadwaj has been roped in to play a crucial role in the film. It is heard that Anasuya will join the sets shortly to commence shooting for her role. Anasuya has been able to strike a balance between Television and Movies.

Ram Charan and Samantha have recently completed shooting for a song in Rajahmundry. With this, the unit has completed its first schedule and will be starting the 2nd schedule from tomorrow. If it is true that Anasuya is playing a special role in the film, then she is expected to join the sets from tomorrow. This film is touted to be a complete romantic entertainer which is majorly shot in a village backdrop. In this case, we have to imagine Anasuya in a very new get up altogether! Let’s wait and watch.