Allu Arjun to play Negative Role in Next Film?

Stylish Star Allu Arjun, who is basking in the phenomenal success of “Sarrainodu” has recently signed his next flick “DJ – Duvvada Jagannadham,” under Harish Shankar‘s direction. Renowned producer ‘Dil’ Raju is producing this entertainer. While the movie is yet to hit the floors, Allu Arjun has committed to his first ever Telugu, Tamil bilingual, directed by the sensational director Linguswamy.

This is the biggest mass entertainer for Bunny in his career, it was also released in Kerala recently with the title as Yodhavu and flooded with more collections at the box office. Even Though, it got negative response at first, slowly it started getting positive reviews and managed to impress the audience and collected more than 70 crores at the box office. 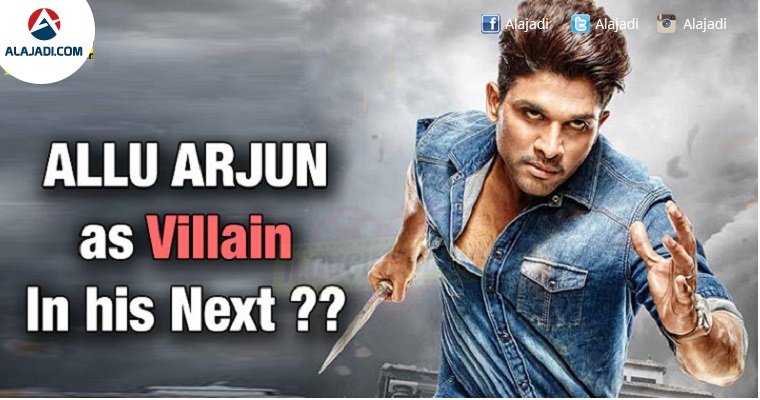 Going into the details, Allu Arjun is going to play a dual role in the film out of which one will have a negative shade! Well this is the first time Bunny is playing a dual role, on top of it a negative shade – his fans will go absolutely berserk! Adding to the excitement, this is the first bilingual (Telugu & Tamil) movie for the Stylish Star. Beautiful diva Keerthy Suresh has been roped in to share the screen space with Allu Arjun in this extravaganza.

As of now, nothing has been officially confirmed neither from the director nor the hero. Apparently, this would be the first time Allu Arjun would be donning a dual role if the news turns out to be true.