Akshay Kumar grabbed attention with the film’s trailer Toilet Ek Prem Katha which depicts the present situation of girls in the country. Prime Minister Narendra Modi also liked the trailer and also termed the picture as bringing awareness for Swachh Bharat Abhiyan. There are rumors that Akshay Kumar will be portraying the Narendra Modi character as lead in the next film. 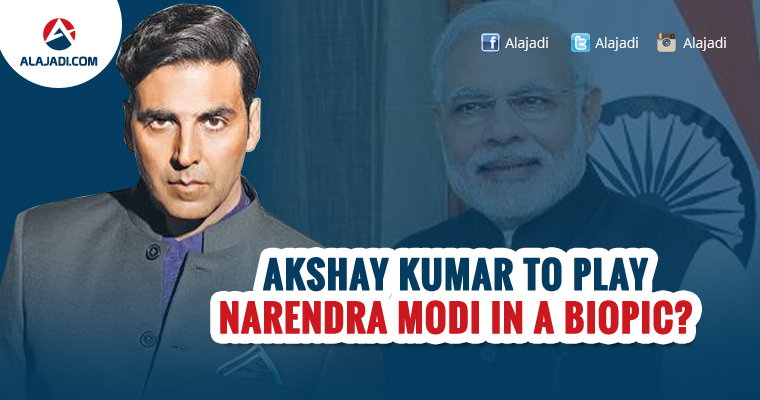 Chairperson, Central Board of Film Certification, Pahlaj Nihalani, “I can’t think of anyone better to play our Prime Minster [Narendra Modi] than Akshay.” He also added, “He has a spotless image of an idealist and visionary. And look at the kind of work he’s doing. Toilet: Ek Prem Katha and Padman are the cinemas of social reform that Guru Dutt and V Shantaram were associated with.”

Nihalani also added that, “Also, Akshay has risen from humble working class beginnings to become a national star, just like Modi ji. We are certainly looking at a strong possibility of Akshay playing Modi ji.” Actor and BJP leader Shatrughan Sinha also feels that the actor will be the right choice to play PM Modi. “Akshay is the Mr Clean of India,” he said. “His image goes well with the image of the new shining India.”

The buzz in the industry is that Toilet: Ek Prem Katha star Akshay Kumar might essay the role of Prime Minister Narendra Modi in a biopic. Madhur Bhandarkar’s Indu Sarkar and Anupam Kher essaying the role of former prime minister Manmohan Singh in The Accidental Prime Minister.