Akhil’s Next Movie Gets An Interesting Title?

Akhil Akkineni had a disastrous start to his career last year with Akhil – The Power of Jua and early into the New Year, he had a personal tragedy with a canceled marriage. But then, the actor is keeping all that aside and is getting back to work. His second film with Manam fame Vikram K Kumar will finally have its launch on April, 1st and the regular shooting will follow. Interesting buzz is that the movie is titled Junnu. The title has evoked mixed response from all quarters but Akkineni fans say they trust Vikram Kumar who delivered a monumental success like Manam for them. Hollywood technician Kenny Bates has been finalized for the cinematography and the fans have to wait for some more details about the remaining cast and crew 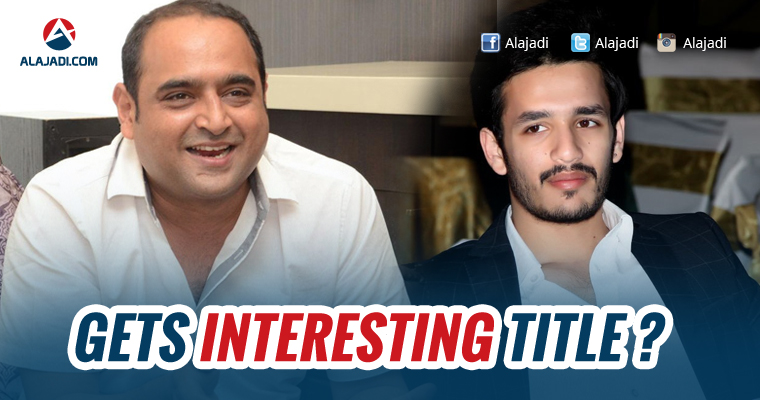 Vikram is almost done with the script work for this prestigious project. AR Rahman who scored music for Vikram’s Manam and 24 will also be composing music for this film. Reports are emerging that Tabu will play a crucial role in the movie. Akhil has started hitting the gym for his role in the movie and is doing some intense workouts. Akhil – The Power of Jua crashing all the hopes of Akkineni fans ended up as a huge disaster. It carried huge hype before the release and made a pre-release business of some Rs.47 Crore. Finally, it could not even manage to collect Rs.20 Crore Share which can be termed as a massive shame.

Nagarjuna himself will be producing the movie on his Annapurna Studios Banner. Vikram after Manam directed Suriya in a science fiction film, 24 which ended up as a big failure even though it did decently well in Telugu. This new project is almost like a make or break project for Akhil as if the movie ends up as a failure, people will start writing him off. Vikram should also bag a hit and prove that he is not a one film wonder. Nagarjuna, however, is very confident of the film and assure Akkineni fans that it will be worth the wait. This yet to be titled film will be readied for this year end release. However, an official confirmation is yet to be made.