While inaugurating the run the MLA was thanking the organisers and other dignitaries, including PV Sindhu, present on the dais.  The 5K run held on Friday at Charminar witnessed a goof up by Mr Mumtaz Ahmed Khan, the MLA of All India Majlis-e-Ittehad-ul Muslimeen (AIMIM) as he referred to PV Sindhu as a volleyball player. 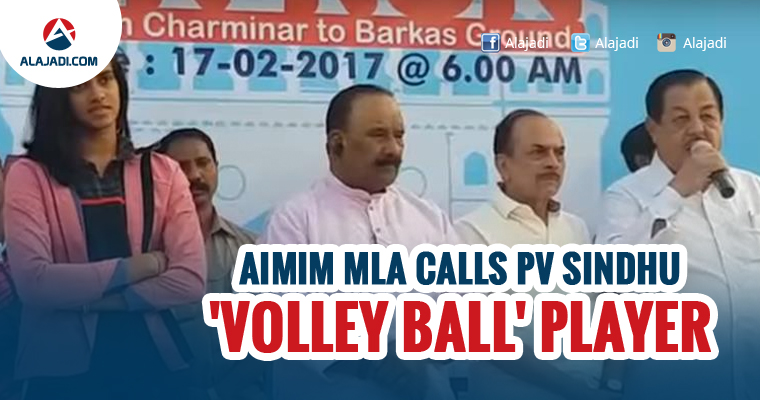 The video of the whole incident has gone viral on social media, and people have come down hard on the MLA for not even knowing the sport she plays. In the video, the MLA Mumtaz Ahmed Khan seemed confused just before he made the blunder.

Even after consulting with the  Hyderabad Deputy Chief Minister Mahmood Ali, the MLA promptly said, We are thankful to PV Sindhu, the volleyball player who has represented Hyderabad on an international platform. While Sindhu did not react to the gaffe and put up a straight face, such errors on part of the country’s leaders clearly suggest that they are ignorant about development of sports in the country. The goof up by the MLA encapsulates the knowledge which our leaders have about non-political affairs.

She has continued her great run from last year’s Olympics, where she became the first Indian shuttler to win a silver medal in the singles badminton category. She recently became the second Indian woman to be ranked among st the top five players in the BWF World Ranking for Women. It is shameful that this politician forgot her name despite her stellar achievements, and what makes it worse is the fact that he was the one to offer her a ‘better coach’ after she bagged the silver medal.