The veteran actress Tabu acted all the star heroes in Tollywood and she is currently away from the silver screen for a while. She is lastly seen in Telugu movie Idi Sangathi which co-stars Abbas and it is released in the year 2008. As now, she now she is playing supporting roles in various Hindi films. After a long break, Akhil seemed to come out of the disturbing flashes of his debut film which was a huge setback for his career to take off. In this flow,Akhil has accepted his second film which is going to be directed by star director Vikram K Kumar. Vikram K Kumar had already worked with Akkineni family and gave a super hit entertaining hit movie Manam. 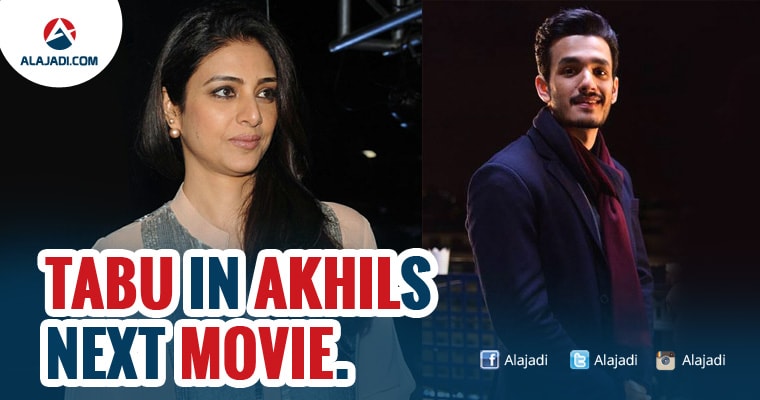 Notable among them are Nadhiya, Sukanya, Sneha and others. Now, one more aunt is preparing to take the plunge and she is no ordinary woman. We are talking about the voluptuous beauty Tabu and she is making her comeback soon. The latest news of this upcoming film of Akhil has a senior heroine Tabu who is very close to Nagarjuna and Akkineni family. Tabu will be doing a crucial role in this film and she is back to Tollywood after a long break taken from films.

On the other hand, the senior actress Tabu has previously appeared in mother role of actor Shahid Kapoor in Bollywood film Haider. She is currently receiving the offers to play character artist roles rather than the heroine roles. As now, she bags yet another to play crucial role in Akhil Akkineni’s next movie.

The film director Vikram Kumar has finished the script of the yet titled film with the help of writer’s team. The film is likely to be a romantic entertainer and it is funding by Akkineni Nagarjuna under the banner of Annapurna Studios. The film will be hit on the floors during the month of January 2017.