When it comes to love, there are no boundaries or barriers that it does not break. A recent story published by a Facebook page named Humans of India proves this. The short but beautiful post has garnered thousands of positive reactions from across all corners of the world for its simple message  love conquers all. 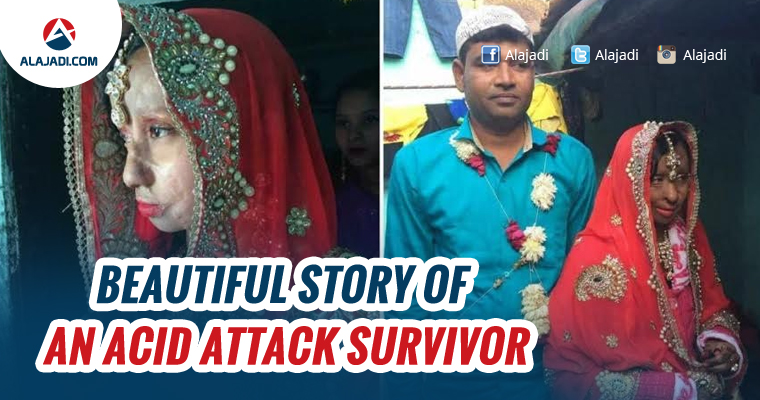 The post features the wedding-day photograph of an acid attack survivor and her husband. In the story, she narrates how another man had thrown acid on her face and how she subsequently found the man she would spend her life with. Her name is Shabeena.

The post has gone viral within a span of less than 24 hours. People in the comments section are unanimously applauding the couple for breaking barriers against all odds. Many are also hailing both of them as heroes and are congratulating them for starting the next chapter of their lives.

India has the highest number of acid attacks in the world with 85% of them being against women. There were 83 reported cases in 2011 and the number increased 349 by 2015. 45% of the cases are due to broken love affairs or rejections. To know more about acid attacks and what you can do to help victims of such horrifying attacks, visit Chhanv Foundation that is a shelter for acid attack survivors.