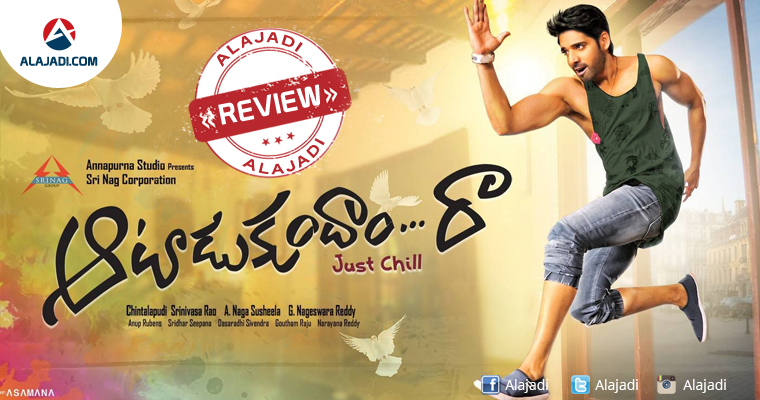 Sushanth who had debuted in Tollywood film industry with the movie Kalidasu is now ready to entertain is fans with the movie Aatadukundam Raa which had been released today. The movie is featuring Sushant playing the main lead and Sonam Bajwa will be playing the role of love interest to Sushanth in the movie which is directed by G.Nageswara Reddy and the script was written by Sridhar Seepana.

The film just deals with some comedy and punch dialogues where the hero will be seen in a different region to get the love of heroine. They will be going into a time machine 50 years backward or 50 years forward along with Brahmi and Vennala Kishore.

The main attraction for the film is guest appearances of Akkineni Akhil and Akkineni Naga Chaitanya made the film so good that every one of Akkineni family Youngsters can be seen in a same screen will be plus point to this movie. Now the actor is very much in need of a hit. He always impressed the audience with his natural acting and he is best suited for the youthful movies. Special mentions for the remix of the golden oldie from the legendary film Devadasu.

Sushanth: Sushanth is back to screens with excellent attire.

Sonam Bajwa: Heroine was cute in looks, glamorous and did justice to her role.

Brahmanandam seen in a full length role after a long time as innocent, Mr Girija Rao stole the second half. Others like Posani, Vennela Kishore, Murali Sharma, Raghu babu, Prudhvi and others did their part to this laugh riot.

Major plus was the music of Anoop Rubens with good songs, both the melody and the beats. Nata Samrat Dr Akkineni Nageswara Rao’s evergreen song ‘Palleku Podaam…Paaruni Chooddaam’ from his film ‘Devadas’ has been used as a remix song for this film. Cinematography was done by Dasaradhi Sivendra is okay in the movie and editing was by Goutham Raju has done good.